The enumeration in the Constitution, of certain rights, shall not be construed to deny or disparage others retained by the people.

and the Tenth Amendment:

The powers not delegated to the United States by the Constitution, nor prohibited by it to the States, are reserved to the States respectively, or to the people.

However, the Federal Government routinely points to 1 of 4 clauses in the Constitution (sometimes multiple) as justification for its Un-Constitutional actions. These clauses are:

Many “scholars” (those who believe in expanded Federal power) have referred to these clauses as “implied powers”, “elastic clauses” or “loopholes” in the Constitution that allow the Federal Government an additional grant of power. And, as time has gone on, this has become the majority opinion in our nation primarily because it is all that is taught (Nationalist vs. Compact View).

Below are 4 videos that deal with these clauses as they were understood and ratified by the founding generation as well as how the Federal Government tries to justify these usurpation’s via a tortured meaning of these clauses.

The Constitution and Four Areas of Confusion

The three constitutional clauses that have most frequently been exploited on behalf of expansions of federal government power are the general welfare clause, the commerce clause, and the “necessary and proper” clause. The government also uses the umbrella of the war powers apportionment of the Constitution to justify invasions of other countries without an actual declaration of war.

Sadly, generations of Americans have been taught fantasy versions of these clauses. These teachings reinforce a conviction that the federal government is duly authorized to do pretty much whatever it wants to do. In the link below, Dr. Thomas Woods, Jr. explains in detail the original intent of these clauses and how they were understood when the Constitution was being considered for ratification. 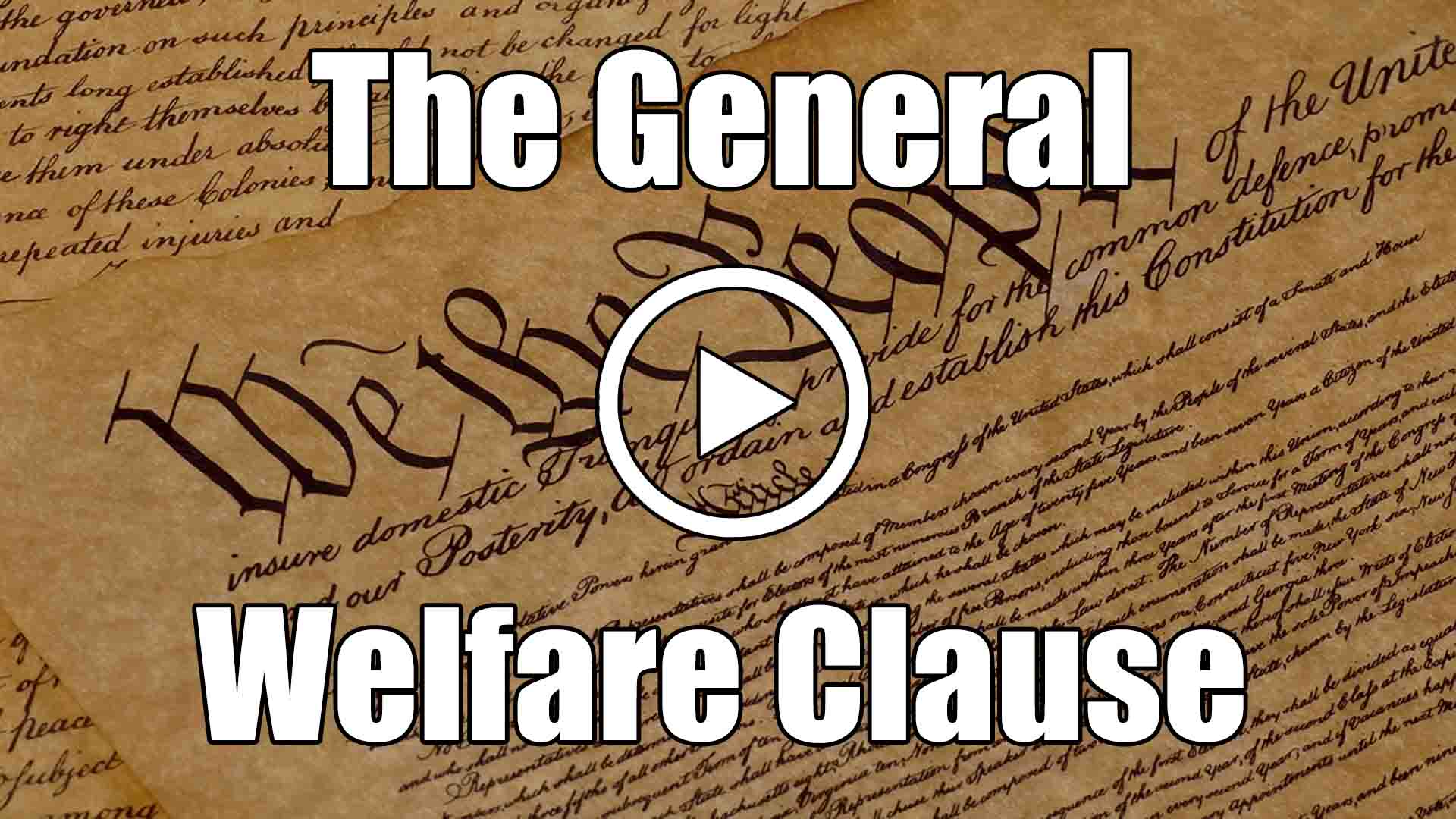 The words general welfare is not general grant of power.  Far from it.  Two words in the clause hold the key. General and common. The phrase simply means that any tax collected must be collected to the benefit of the United States as a whole, not for partial or sectional (i.e. special) interests. The federal government may promote the general welfare, or common good, but it must do so within the scope of the powers delegated and without favoritism. 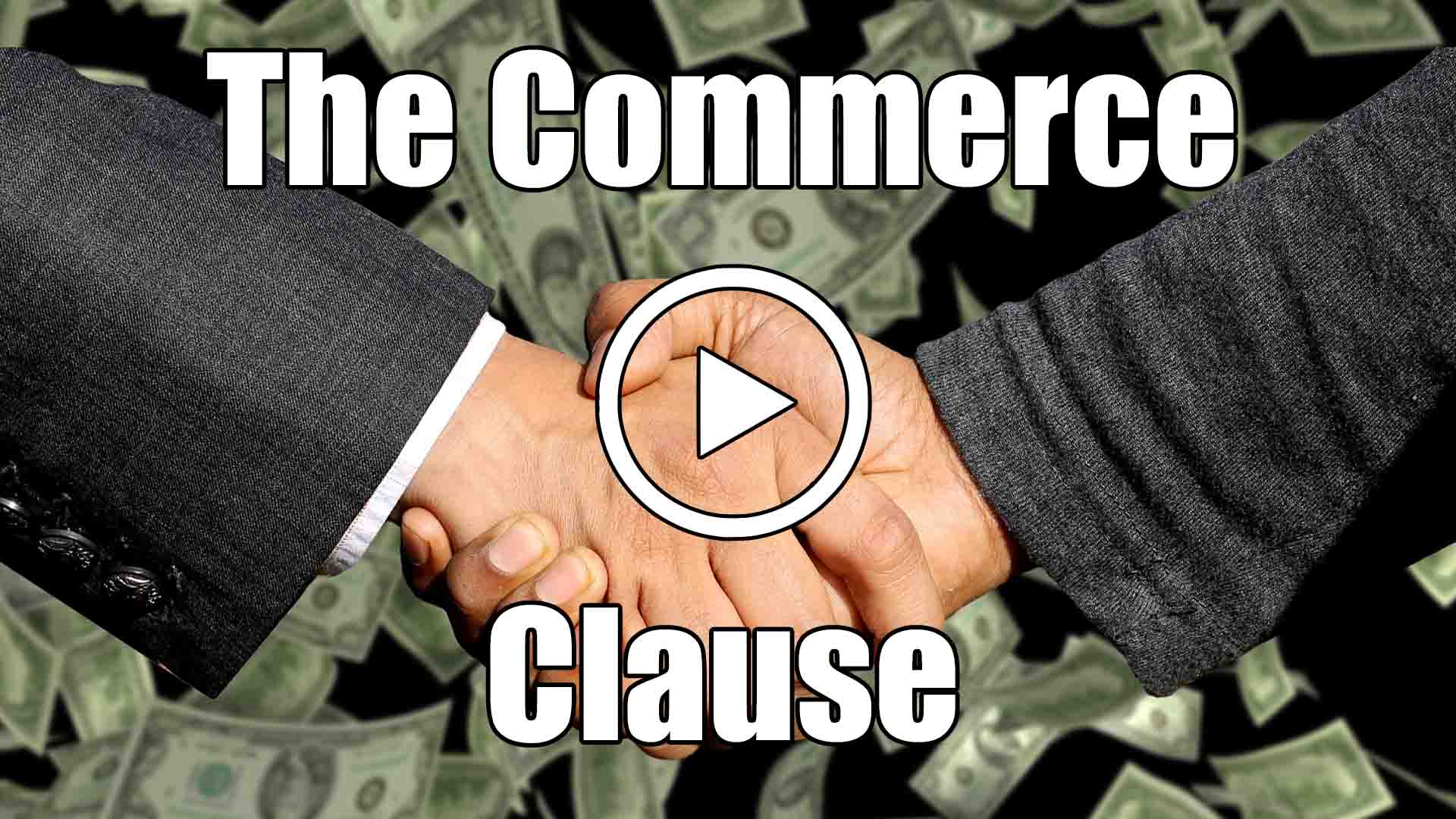 The Commerce Clause is another of the abused powers.  Originally understood to keep trade “regular” among the states, the clause has morphed into the federal government seizing total control of almost all levels of production.  The clause was thoroughly discussed in the Constitutional Convention and didn’t give any additional grant of power to the federal government. 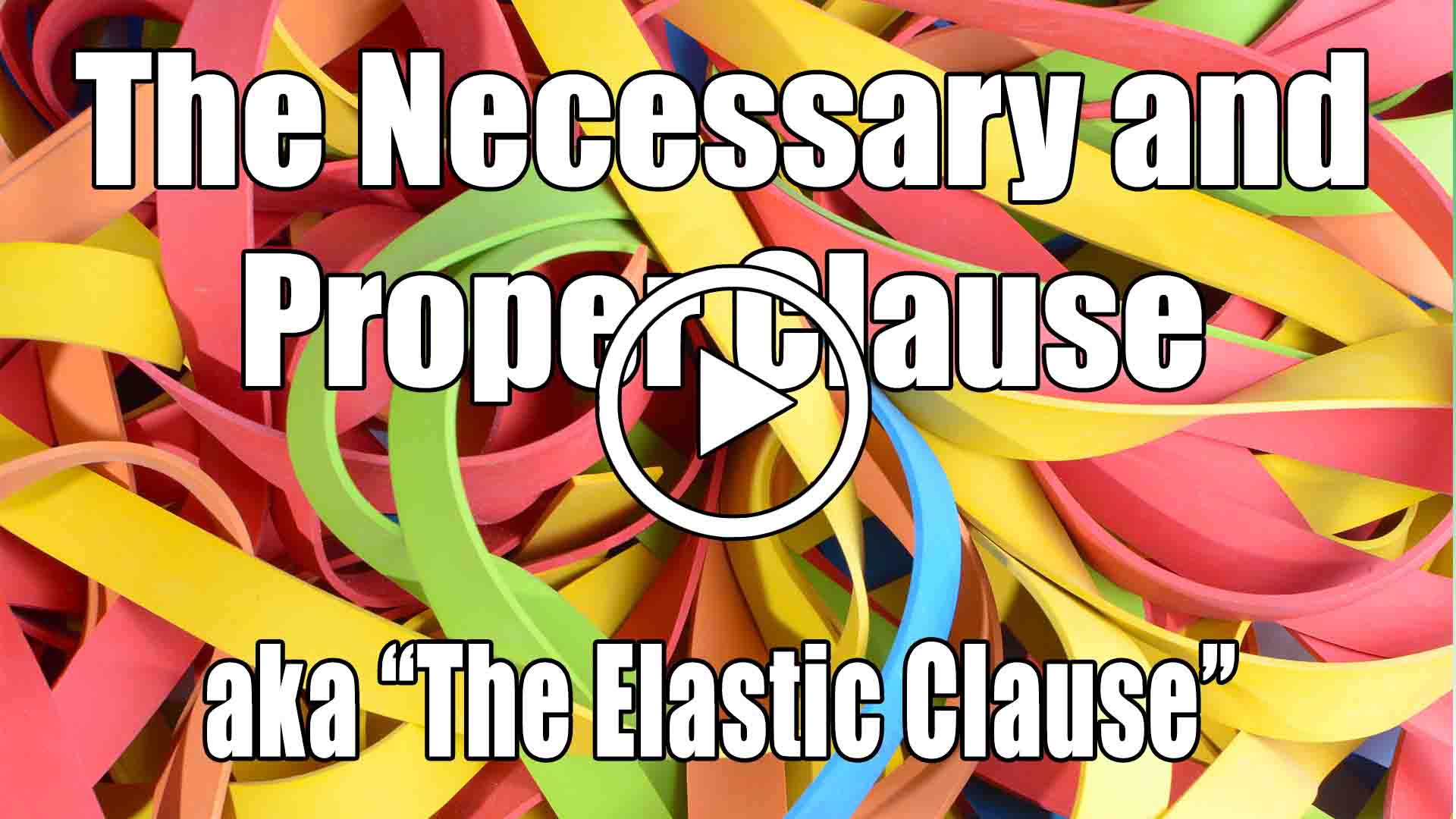 The Necessary and Proper Clause (aka “The Elastic Clause”)

The Necessary and Proper Clause is taught to be known as the “Elastic Clause”, a clause that magically gives the federal government expanded powers.  However, the founders never viewed the clause this way and the topic was discussed at length at the Constitutional Convention and laid to rest. Basically, the Necessary and proper authorizes the federal government to do ordinary things in carrying out the powers delegated to it in the constitution. It does not authorize the government to take over, control, or monopolize anything and everything. 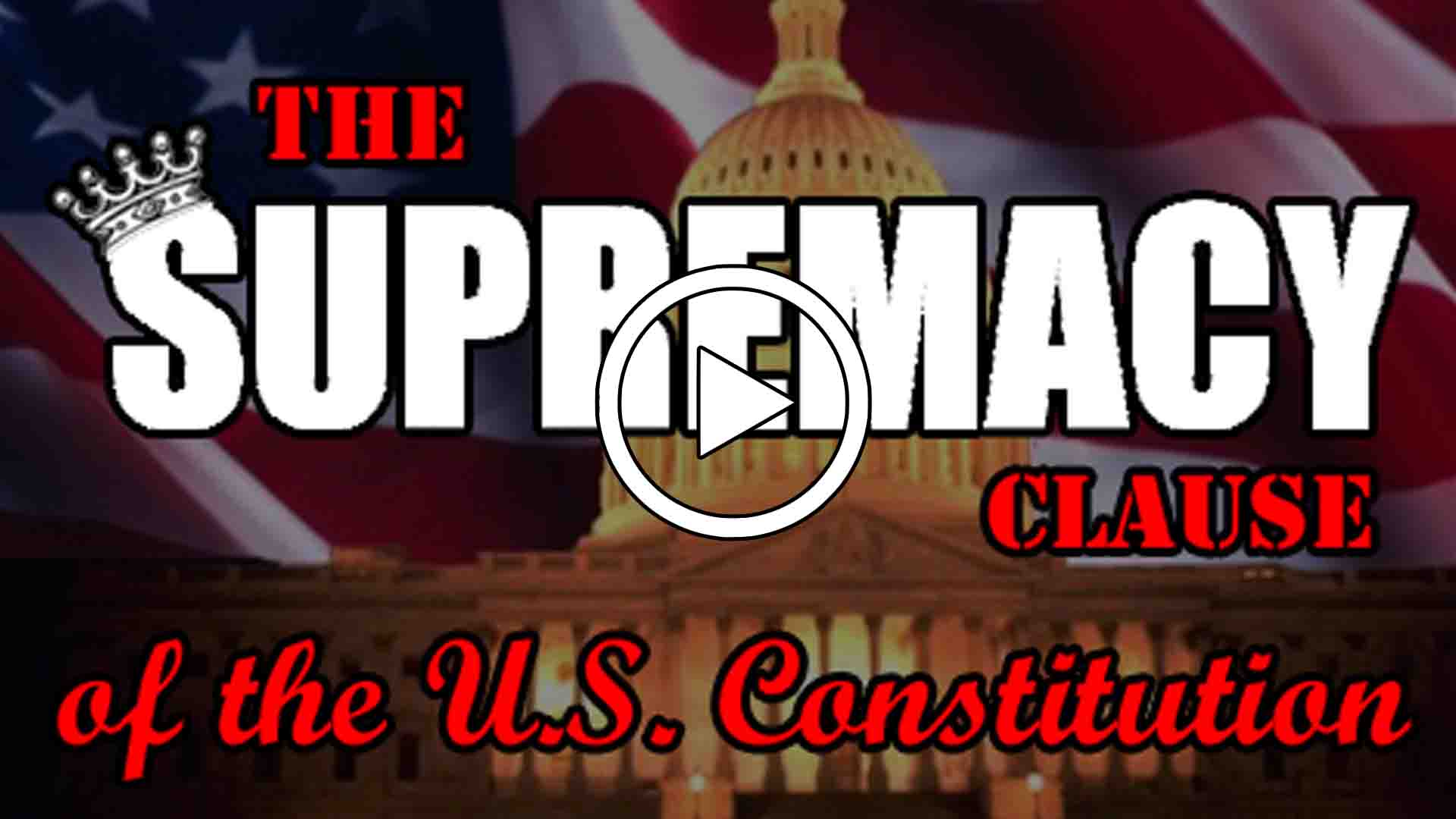 The supremacy clause is one of the most misquoted, misunderstood and calculatedly falsely taught clauses of our Constitution.  This clause has long been pointed to as the “trump card” of the federal government over the states.  In fact, if you ask many people about which laws take precedent, the states or the federal governments, you will usually be met with the inane statement “Federal law always trumps state law”.  But, this is the most patently false statement that can be easily proven false simply by looking back at the records of the Constitutional Convention and the state ratifying conventions.