The law tends to be a topic that makes people nervous. Yet, we are forced to deal with it every day in society.  Many people will casually make statements like “There ought to be a law…” not realizing what happens to a society with laws for everything in human life from great to small.

The Law is a misunderstood concept that, just like anything else, has a beginning and has evolved throughout the ages. In this section, we will try to list a few of the major works that, over time, have had the most impact on law as it relates to liberty, starting with…

Patriarcha, or the Natural Power of Kings [1680] 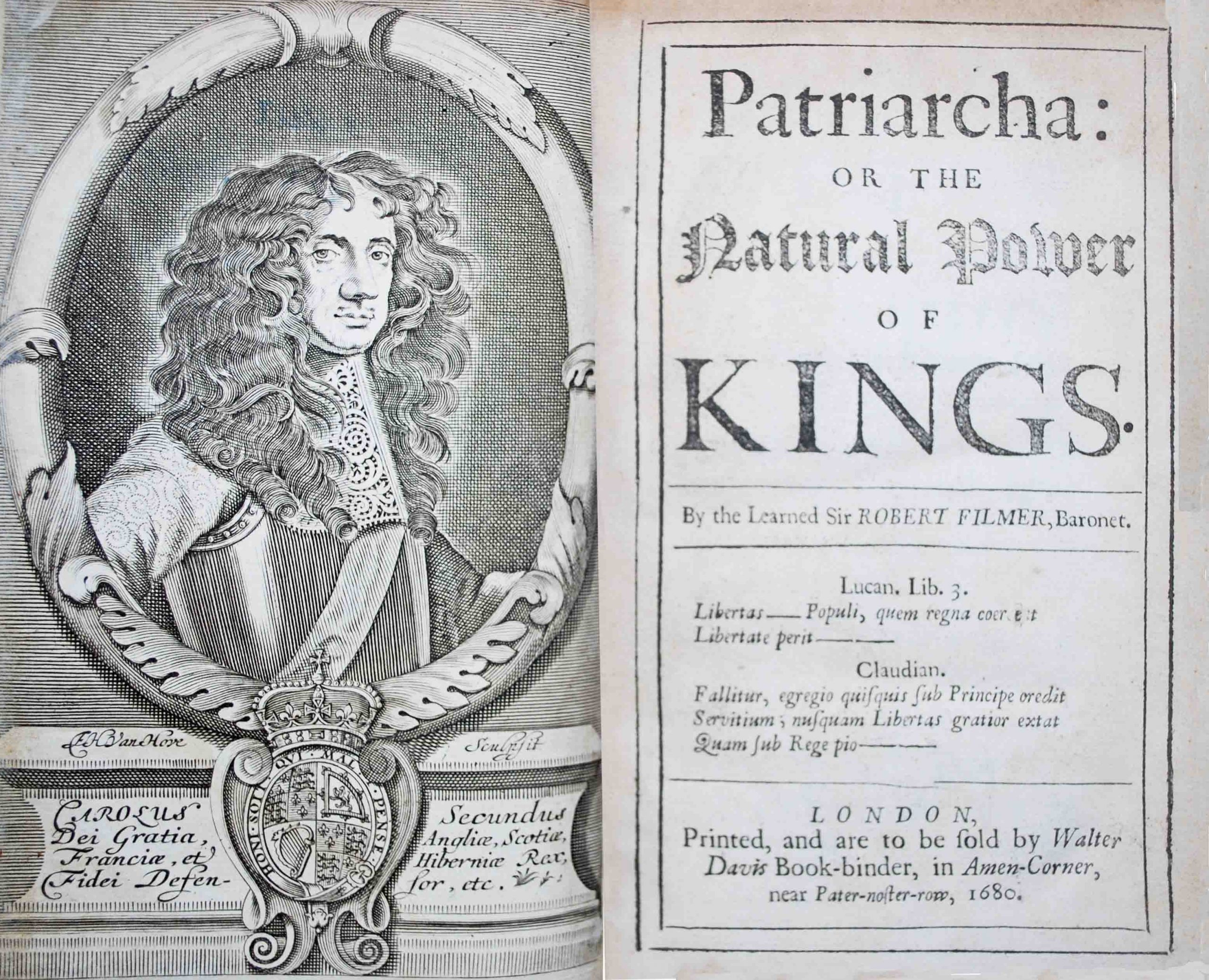 Sir Robert Filmer’s Patriarcha (1680, though probably written in the 1630s) was a work defending the theory of the divine right of kings to rule over his subjects (humanity). Filmer’s book goes into exhaustive detail explaining how the authority of every king is divinely sanctioned by his descent from Adam—according to the Bible, the first king and the father of humanity.
The idea of nobility was the pervading idea in most of civilization, where the common man was the subject to be ruled. This level of governance thinking was eventually upended by John Locke’s “The Two Treatises of Government” and the first step to the concept of liberty we enjoy today.  Locke proposed that man can rule himself and does not need to have someone over him to govern his affairs.  Patriarcha is a good informational read for those who want to understand the evolution of the understanding of law.

Patriarcha, or the Natural Power of Kings [1680]

The Two Treatises of Government [1689]

The Two Treatises of Government or, the original long title:

“Two Treatises of Government: In the Former, The False Principles and Foundation of Sir Robert Filmer, And His Followers, are Detected and Overthrown. The Latter is an Essay concerning The True Original, Extent, and End of Civil-Government”

is a work of political philosophy published anonymously in 1689 by John Locke. The First Treatise attacks patriarchalism in the form of sentence-by-sentence refutation of Robert Filmer’s Patriarcha, while the Second Treatise outlines Locke’s ideas for a more civilized society based on natural rights and contract theory.

John Locke’s 1689 work is available in PDF format or, you may listen/download the audio version from LibriVox. 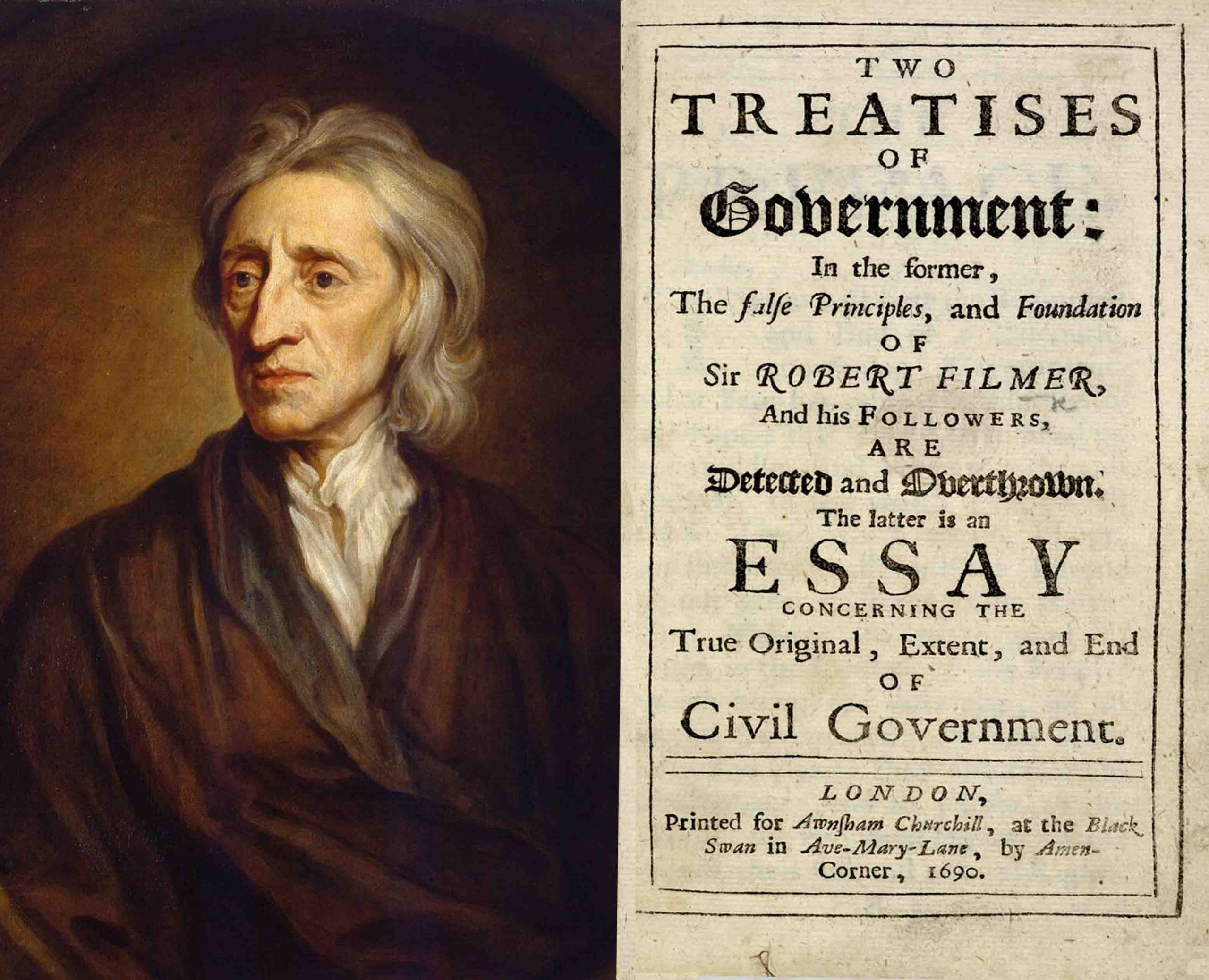 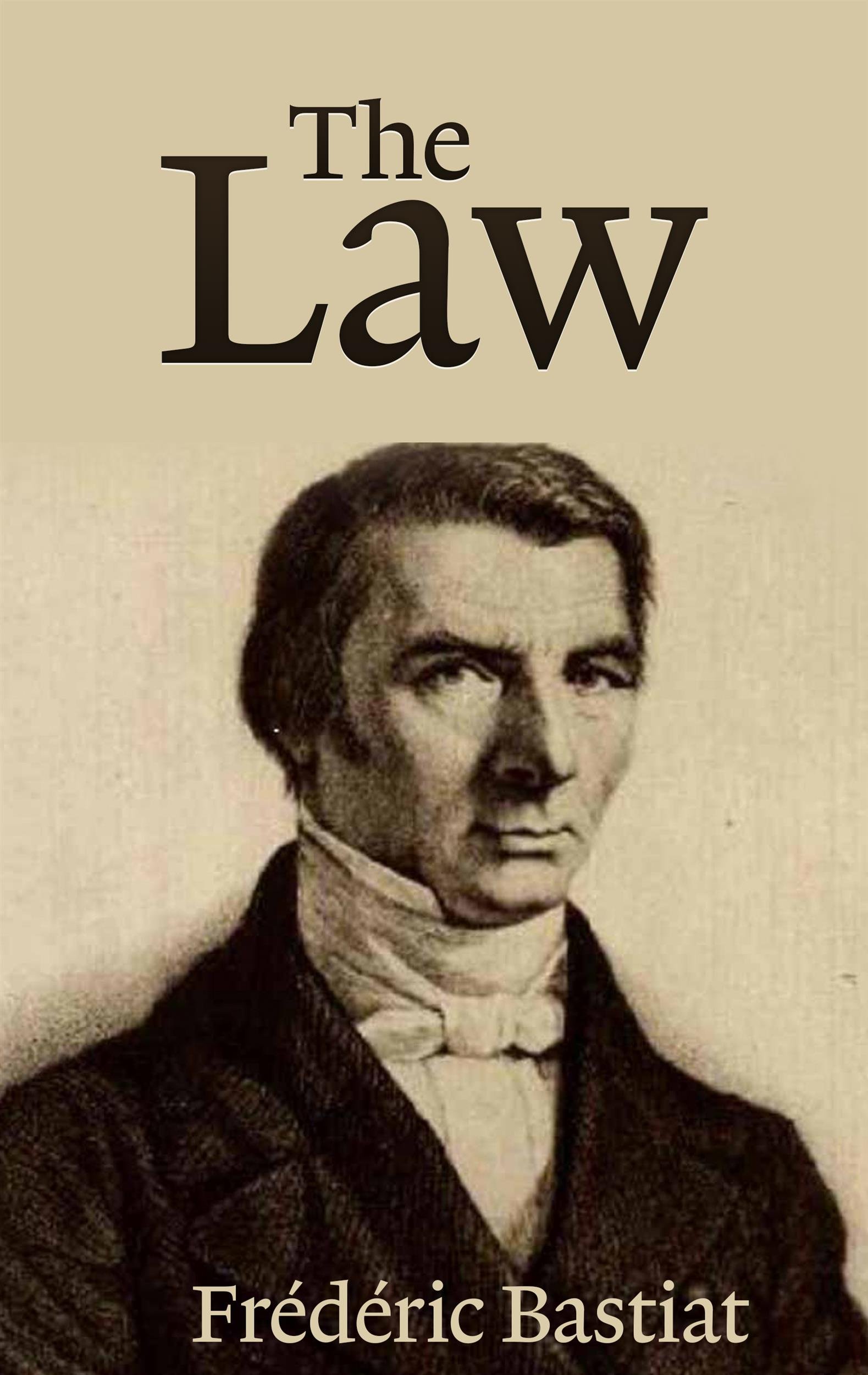 The Law, (the original French title La Loi), has been said to be one of the finest essays dealing with the concept of law and helping to determine what is “good law” and “bad law”.  The Law helps to create order in ones thinking when discussing liberty, human conduct and the creation of laws dealing with the two.

The Law was written in 1850 by Frédéric Bastiat two years after the third French Revolution. The essay was influenced by John Locke’s Second Treatise on Government and is the work for which Bastiat is most famous.

In The Law, Bastiat says “each of us has a natural right – from God – to defend his person, his liberty, and his property”. The State is a “substitution of a common force for individual forces” to defend this right. The law becomes perverted when it is used to violate the rights of the individual, when it punishes one’s right to defend himself again a collective effort of others to legislatively enact laws which basically have the same effect of plundering.

Justice has precise limits but philanthropy is limitless and government can grow endlessly when that becomes its function. The resulting statism is “based on this triple hypothesis: the total inertness of mankind, the omnipotence of the law, and the infallibility of the legislator”. The relationship between the public and the legislator becomes “like the clay to the potter”. Bastiat says, “I do not dispute their right to invent social combinations, to advertise them, to advocate them, and to try them upon themselves, at their own expense and risk. But I do dispute their right to impose these plans upon us by law – by force – and to compel us to pay for them with our taxes”.

Frédéric Bastiat’s 1850 work is available in PDF, HTML or ebook format or you can listen to audiobook below:

Essay On The Trial By Jury

Lysander Spooner gives an eye opening look and explanation of our judicial system and why the trial by jury is so important.  A jury is one of the checks-and-balances of our constitution cemented in the Sixth Amendment.  It allows “the people” to keep government from issuing oppressive laws by weighing not only the facts of the case at hand but, also, the law itself.  This allows “the people” to be the final arbiters as to a laws fairness and equity when being administered.  Depriving the government of the ability to decide whether to convict or acquit, “the people” are left in control of their communities.

Despite legalists trying to make a jury work within “the system”, the fact remains that the role of the jury is to judge not only the case at hand but, the laws as members of the community who are subject to them as to their legitimacy and fairness.

Spooner asserts that without this time honored tradition; a judge, lawyer or any official of the court or government can limit a jury to work strictly within the law that the trial is no longer a trial by jury or “the people” but a trial by the state, with an outcome that can be dictated and decided by it as well.

Essay on the Trial by Jury [Downloadable PDF]

or, you may listen online or download the audio from LibriVox at this address:

Download the MP3 Audio of Essay of the Trial by Jury

You can also download the kindle version of the book for FREE HERE: 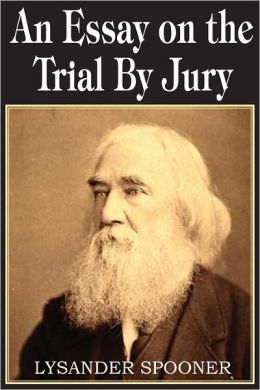 A Concise History of the Common Law 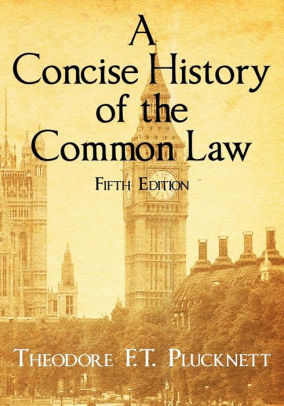 Theodore Frank Thomas Plucknett’s 1929 work provides a common-law understanding of individual rights, not in theory only, but protected through the confusing and messy evolution of courts, and their administration as they struggled to resolve real problems. The first half of the book is a historical introduction to the study of law. Plucknett discusses the conditions in political, economic, social, and religious thought that have contributed to the genesis of law. The second half of the book consists of chapters introducing the reader to the history of some of the main divisions of law, such as criminal tort, property, contract, and succession.

A Concise History of the Common Law
(please be patient, this is a 128 megabyte download and may take a bit to download because it is a direct scan of the actual book)